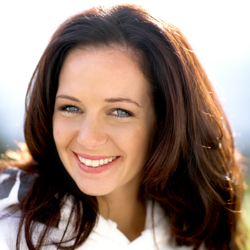 In time, gravity, sun exposure, and the stresses of daily life take their toll on our faces: deep creases appear beside the mouth, the jaw line slackens, and folds and fat deposits appear on the neck. Facelifts counteract these problems by removing fat and tightening skin and muscles, giving your face a fresher, youthful look. After surgery, some patients appear 10-15 years younger.

A facelift can be combined with a browlift, eyelid surgery or nose reshaping for more dramatic results, or it can be restricted to the neck (necklift) if the patient's problems center there. Incisions are made in inconspicuous places such as behind the hairline and in natural folds of the face and ears, and scars fade to near invisibility in time. Results of a facelift do not last forever, but in another sense, the effects are permanent; years later, your face will continue to look better than if you had never had the procedure.

A Mini Facelift is also called a "weekend" facelift because the procedure can be done in a shorter period of time than the traditional facelift. Unlike the regular facelift that covers the entire face, a mini facelift only focuses on specific areas. The areas that are focused on are the jaw line, neck, and the folds of the nose. This particular procedure is normally catered to those in their 30s and 40s who want to remove minor sagging. Correction of facial aesthetic issues that are more than minor require the traditional facelift.

Along with being able to be performed quickly, the additional benefits of this procedure are that it costs less and the recovery period is much shorter than a regular facelift.

A mini facelift can also be used as a touch up after a traditional facelift. Results are expected to last up to 5 years.